This small group of snuff boxes allows the public a first opportunity to see works from an exceptional collection of objects of vertu assembled in the past two decades by David and Mikhail Iakobachvili, which is but one facet of the holdings of the Musée Collection des Arts.

When the practise of taking snuff - spiced and scented tobacco powder - developed in the late 17th century a parallel demand for receptacles to hold the powder emerged. Simple functional containers were not what the fashionable elite desired and so goldsmiths, enamellers and lapidaries were presented with a constant challenge to produce novelties that would show the owner’s refinement and wealth. Snuff boxes might be designed for specific activities, to reflect the changing seasons, to coordinate with a particular costume, or to match other fashionable accoutrements such as swords, scent bottles and etuis. An inventory of the chattels of Madame de Pompadour drawn up after her death in 1764 listed more than sixty snuff boxes, and in the same year James Boswell, when travelling in Germany, attended the sale of the effects of Count Brühl, Prime Minster of Saxony, where he noted ‘there were upwards of seven hundred snuff boxes in gold, and many of them were very rich with diamonds’. Both these examples are indicative of the high status the snuff box at this date.

Louis XIV introduced the practise of presenting boîte à portraits as a token of royal pleasure; these boîtes, contrary to what the name might suggest, were enamel portraits of the king surrounded by a frame of diamonds. In the eighteenth century, while a few boîte à portraits continued to be presented, it became more standard practise to use a snuff box set with the royal image for this honorary purpose. The degree of favour was defined by the quantity and size of diamonds used - a purely monetary consideration - and a carefully observed hierarchy was established that dictated what category of snuff box could be bestowed upon any given rank. The presentation of such boxes continued in Europe into the 20th century, long after the fashion for snuff-taking had passed.

The snuff boxes in Musée Collection des Arts chart the extraordinary history of the subject, with masterworks from all the leading centres of production, showing the use of a remarkable range of materials - including gold and enamel, gems and hardstones, mother of pearl, tortoiseshell, lacquer and porcelain - and altogether illustrating the inventiveness and genius that was needed to create what was for the period the definitive attribute of status. 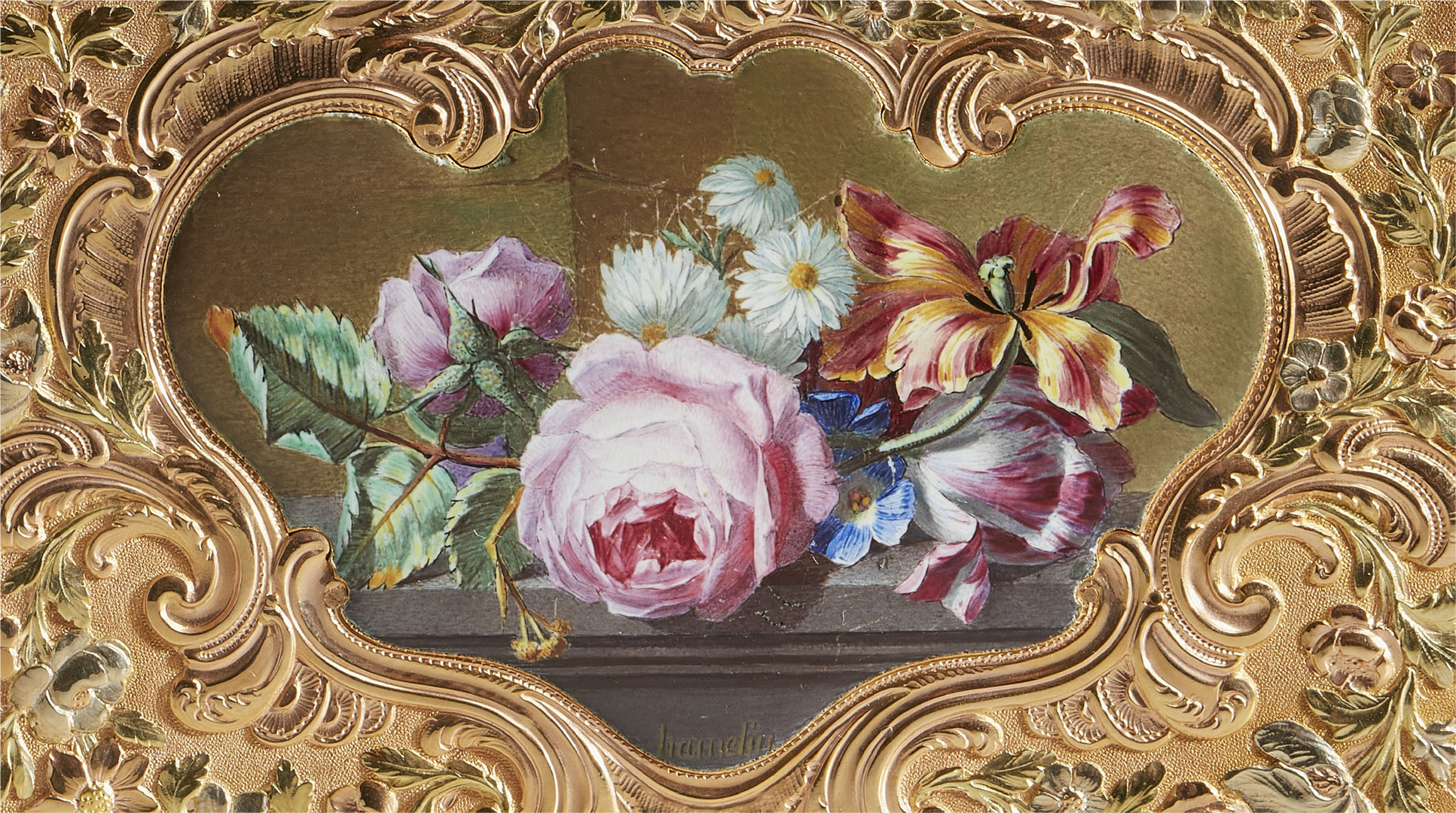